Founded by Paul Harris, Steve Smith and Ben Harris, Dirty Vegas are no stranger to the limelight; from selling over one million albums, to being named as one of Billboard’s Top Selling Electronic Artists of the 2000s. ‘Days Go By’ is arguably the pinnacle of their career, made most memorable by being featured in the iconic Mitsibushi Eclipse USA TV ad, rocketing the song to the Top 15 of the US Billboard charts and consequently similarly the UK charts. Soon after ‘Days Go By’ nabbed the Grammy Award for Best Dance Recording in 2002.

Earlier this summer saw CamelPhat take on the classic track, which has subsequently been supported globally. With over 23k radio plays, 1 million streams across Apple Music and Spotify within a month, and support across the DJ spectrum from Diplo, NERVO, Tiesto, Armin van Buuren, Chicane, Above & Beyond, Gorgon City, Hardwell, Nicole Moudaber, Klingande / Kungs / Michael Calfan, Skrillex and many more, the track truly has become a summer hit.

Now Dirty Vegas release their 2019 update; their new rework a more summery, upbeat, and House-ier vibe than its predecessor, with additional cowbells and handclaps. Man-of-the-moment Sammy Porter, whose tracks have amassed over ten million streams, delivers his quintessential UK House sound. Relative newcomer Aney F. from Slovenia produces a driving, bass-filled melodic Tech House dub. This package complements both the 2003 original and the now-iconic CamelPhat remix released earlier this year. ‘Days Go By’ truly is now a modern anthem for a generation past and present. 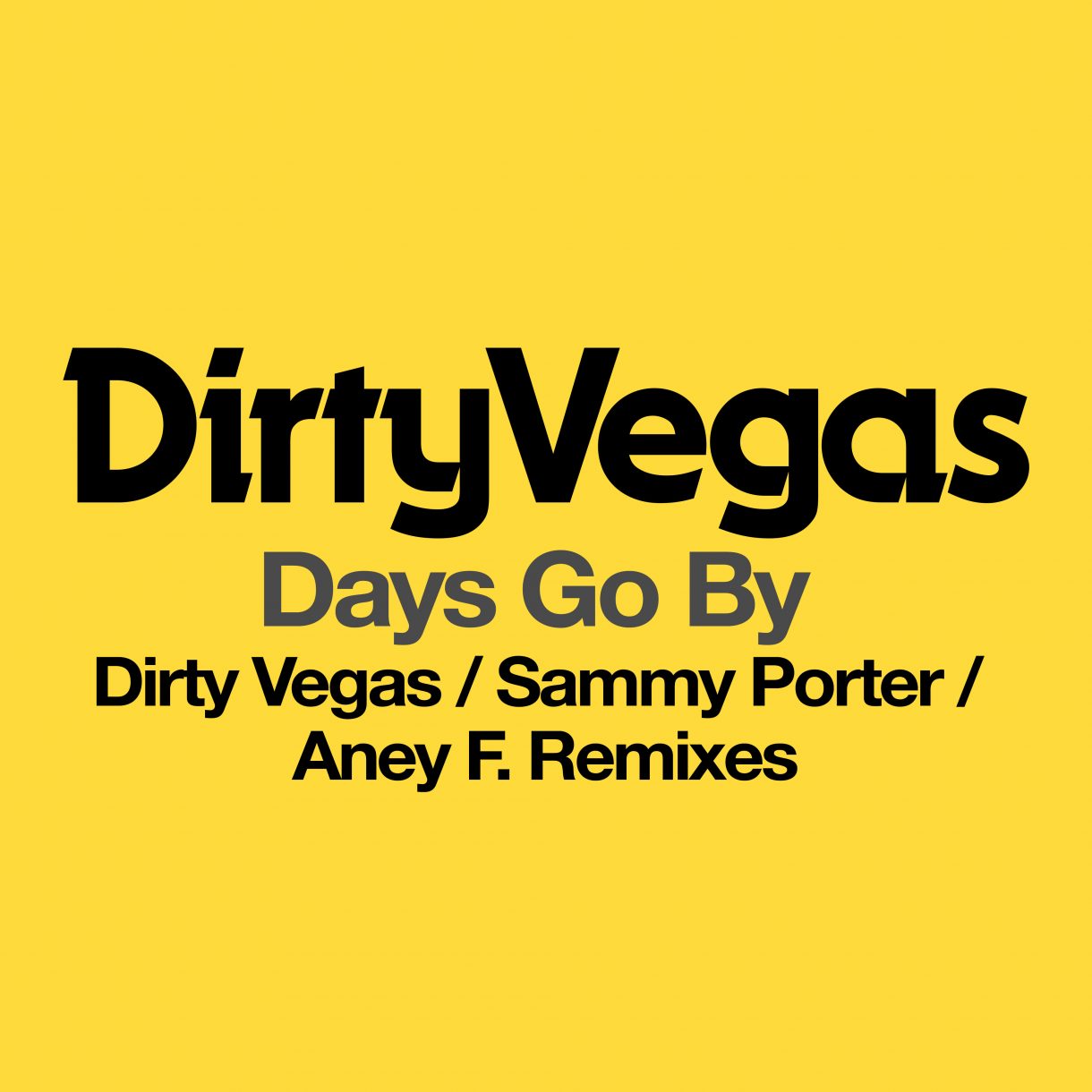