eSQUIRE X Degrees Of Motion – Do You Want It Right Now

­Exciting DJ/producer eSQUIRE teams up with Dance legends Degrees Of Motion of a fire 2020 mash up of ‘Do You Want It Right Now’.

eSQUIRE – the fast-rising producer from Liverpool – is already making waves whose journey into the boxes of the likes of Afrojack, Fedde Le Grand, Jonas Blue and many more is testament to his skill as a producer. His high-profile official remixes include Au/Ra & Camelphat’s ‘Panic Room’, Martin Solveig’s ‘My Love’, Galantis & One Republic’s ‘Bones’, and Rudimental & Rita Ora’s ‘Summer Love’. His original material ‘If’ feat Anni on Gemstone/Revealed and ‘Individuals’ feat Kat Deal on Tiger Records have been spun by A-Listers as well as the creator himself on relentless tour stops to Ibiza, Croatia, Bahrain, Kuala Lumpur, Bali, Hong Kong and many other key locations. Most recently, eSQUIRE dropped his 2019 offering ‘Teardrops’; a rework of the classic Womack & Womack track. The song received over 150000 streams and became a Dance music fave with DJs and in clubs.

Degrees Of Motion are the cream of the cult bands of late 80s and early 90s NYC House. With success on the underground scene, the band finally broke the mainstream with both ‘Shine On’ – a Top 10 hit – and the Top 30 track ‘Do You Want It Right Now?’. Whilst it may seem that the band have faded into the archives, their music remains influential, both nostalgically and looking forward. Their catalogue is continually revised and reworked for the modern day, with fresh remixes in recent years from the likes of DJ duo Ku De Ta, man-of-the-moment Sammy Porter, Drum & Bass producers North Base, and now eSQUIRE. 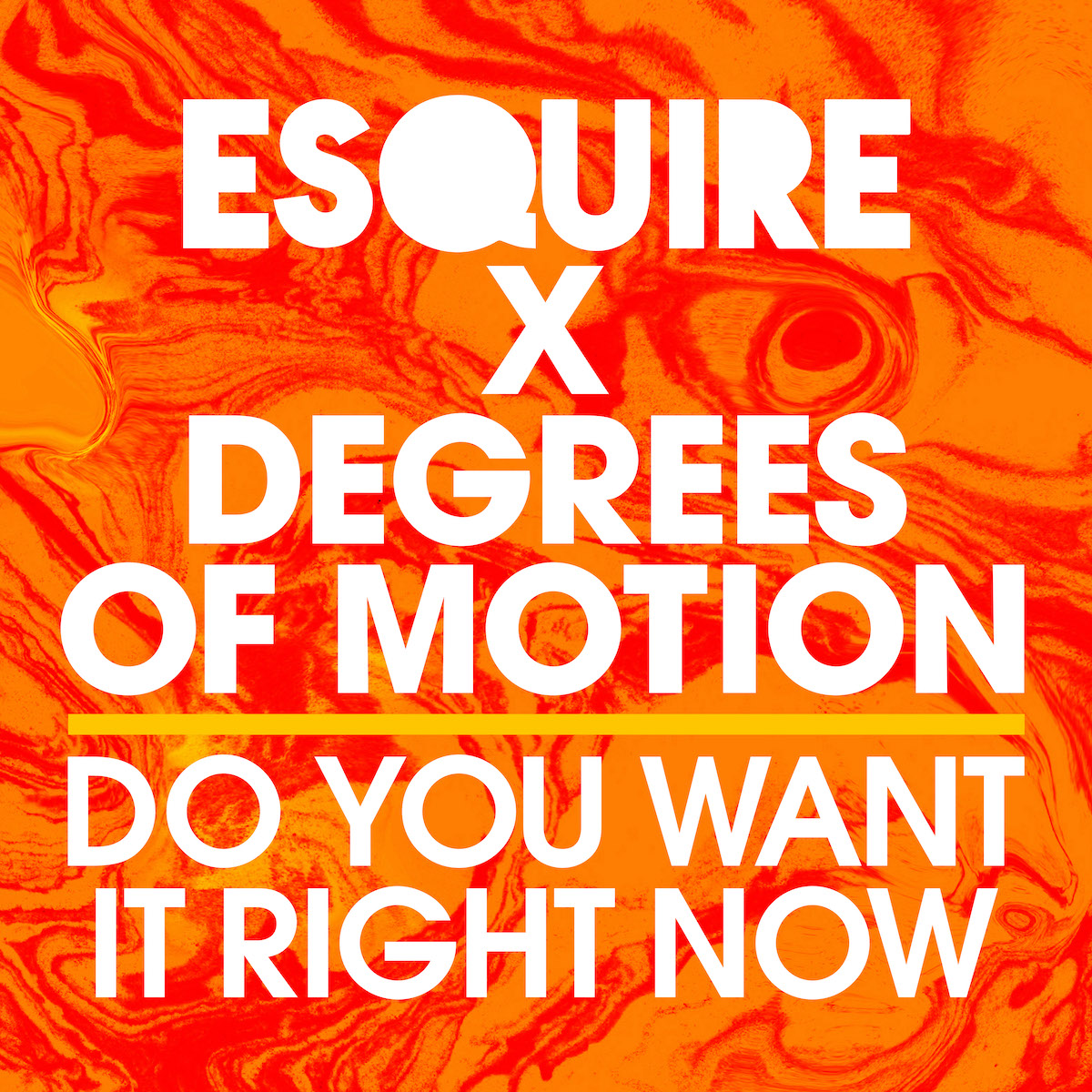