Greater Than One is an English electronic music band, founded by husband and wife Michael Wells and Lee Newman in 1985.

In 1985, Newman and Wells met at the Royal College of Art in London, formed Greater Than One, and released their first album Kill the Pedagogue on cassette. During the late 1980s they organised art installations and exhibitions accompanied by their own music: “When the whole audience were in, we started a soundtrack … war sirens and searchlights. This was designed to disorientate the audience, throwing them into an unexpected nightmare. After the shock, Islamic chanting began which then changed to Song For England, during which we came onstage wearing illuminous skull masks…”. They formed their own label Kunst=Kapital and released four further albums under this alias between 1987 and 1990.

New State are proud to announce that the Greater Than One back catalogue is being passed through us and are now being made available digitally for the first time. 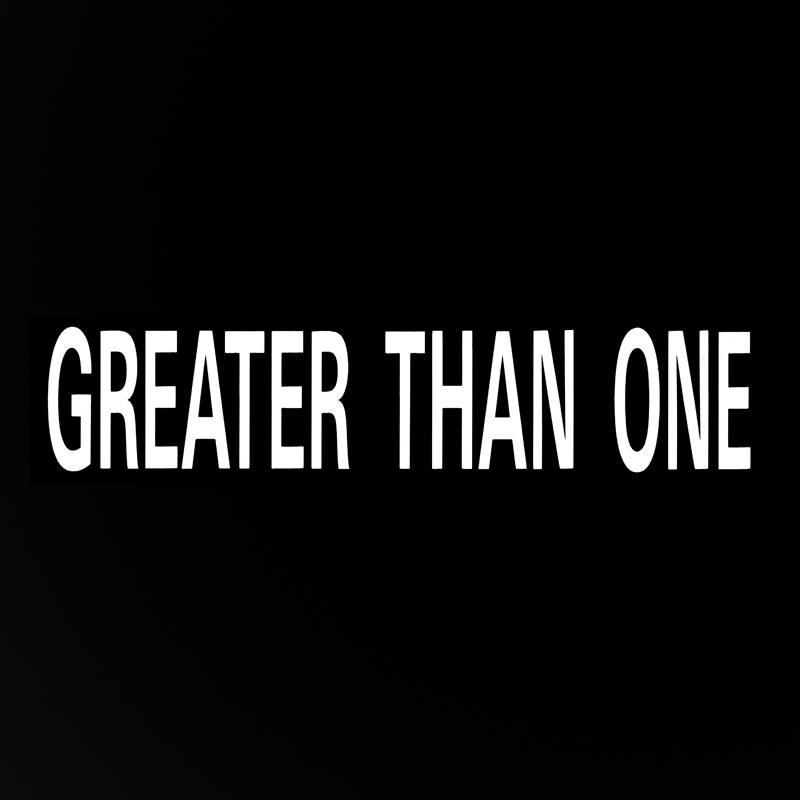