For over three decades Paul Oakenfold has shaped the dance & electronic music genre and remains one of the leading forces in the wider global music scene. His works have taken him from the DJ booth of the worlds’ hottest nightspots and festivals to producing soundtracks for Hollywood blockbuster movies. His diversity has earned him two Grammy nominations. He’s produced & remixed for the likes of U2, Madonna and The Happy Mondays. He’s remixed Michael Jackson, The Rolling Stones and Justin Timberlake plus released over 20 DJ mix compilations. Paul has also been responsible for creating film scores including The Bourne Identity, Matrix Reloaded, Shrek 2, Swordfish and Collateral.

Included on Paul Oakenfold Sunset At Stonehenge are tracks from U2, Andrea Bocelli, Vangelis, William Orbit, Empire Of The Sun, The Grid, Hans Zimmer, Chicane (exclusive remix) and Oakenfold himself. The album also contains a bonus track Paul made for the album simply titled, Stonehenge.

Paul Oakenfold Sunset At Stonehenge follows Paul’s ground breaking releases recorded at The Great Wall Of China back in the early 2000s, before China was not as ‘open’ and more recently at Base Camp, Mount Everest, officially the Worlds Highest DJ Gig. 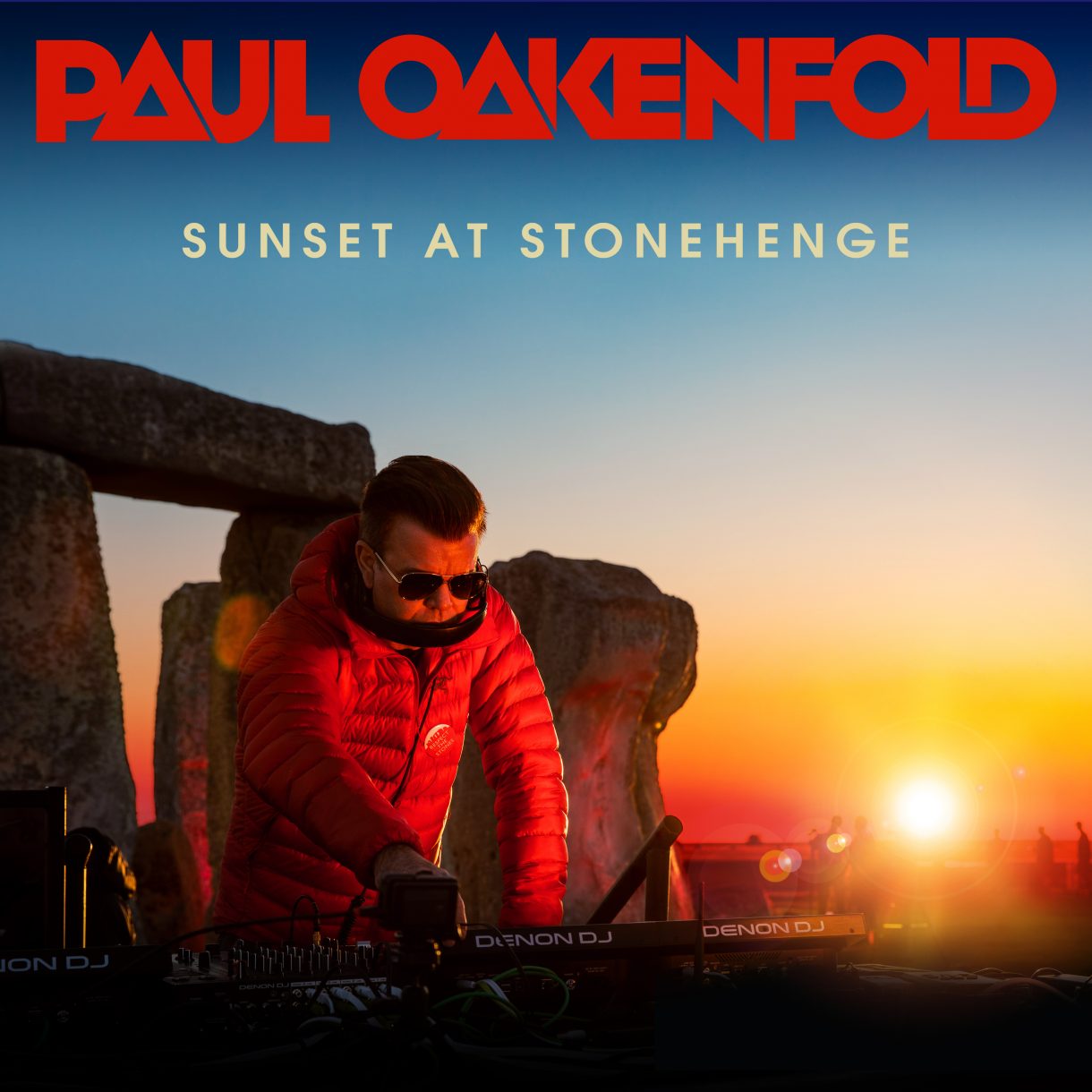