PowerDress has been building up her credentials for a few years, building a huge buzz across the dance music landscape. Known for her signature sound – trademark synths that ooze the 80s, topped off with sultry vocals – her sound is simultaneously both nostalgic and truly modern. With song credits that stretch from Lana Del Rey, MNEK, Sigala, to DJ Fresh, plus being a platinum and gold selling songstress, she is a vocal/musical force to be reckoned with. Her tracks have received huge radio love from all the usual suspects including Annie Mac, DJ Target, DJ Cameo, and Pete Tong, and have been made Record Of The Week on BBC 1Xtra. Several successful collaborations have ensued, including features/collaborations with the likes of DJ Q, Roisto, FVHM, Arthur Baker, and Dax On Sax.

2020 sees PowerDress collaborate with duo French Horn Rebellion and Lex Allen on ‘Liberate’. Nodding to the likes of Crazy P, PowerDress was inspired by the sounds of the Boston-based pair. FHR are an act at the forefront of the French Dance music scene. The New York Times, Huffington Post, the Guardian have all given shining reviews, branding them as a “killer dance-pop” band, and the duo have amassed a huge 10 million streams across their own discography. Vocalist Lex Allen is at the front of a new wave of modern Soul-Pop; breathing love and liberation, their music seeks to connect everyone. Adding their infallible vocal touches onto ‘Liberate’, Lex truly puts the final cherry on top.

‘Liberate’ is a feel-good, dance-orientated timeless House track. Finessed with edgings of 80s and Disco, getting you ready to spin and dance the night away. The track was inspired by the feeling of being free/accepted, and ultimately liberated. The Chilled Sunset mix, out on the 24th is a sultry, Balearic-infused version. 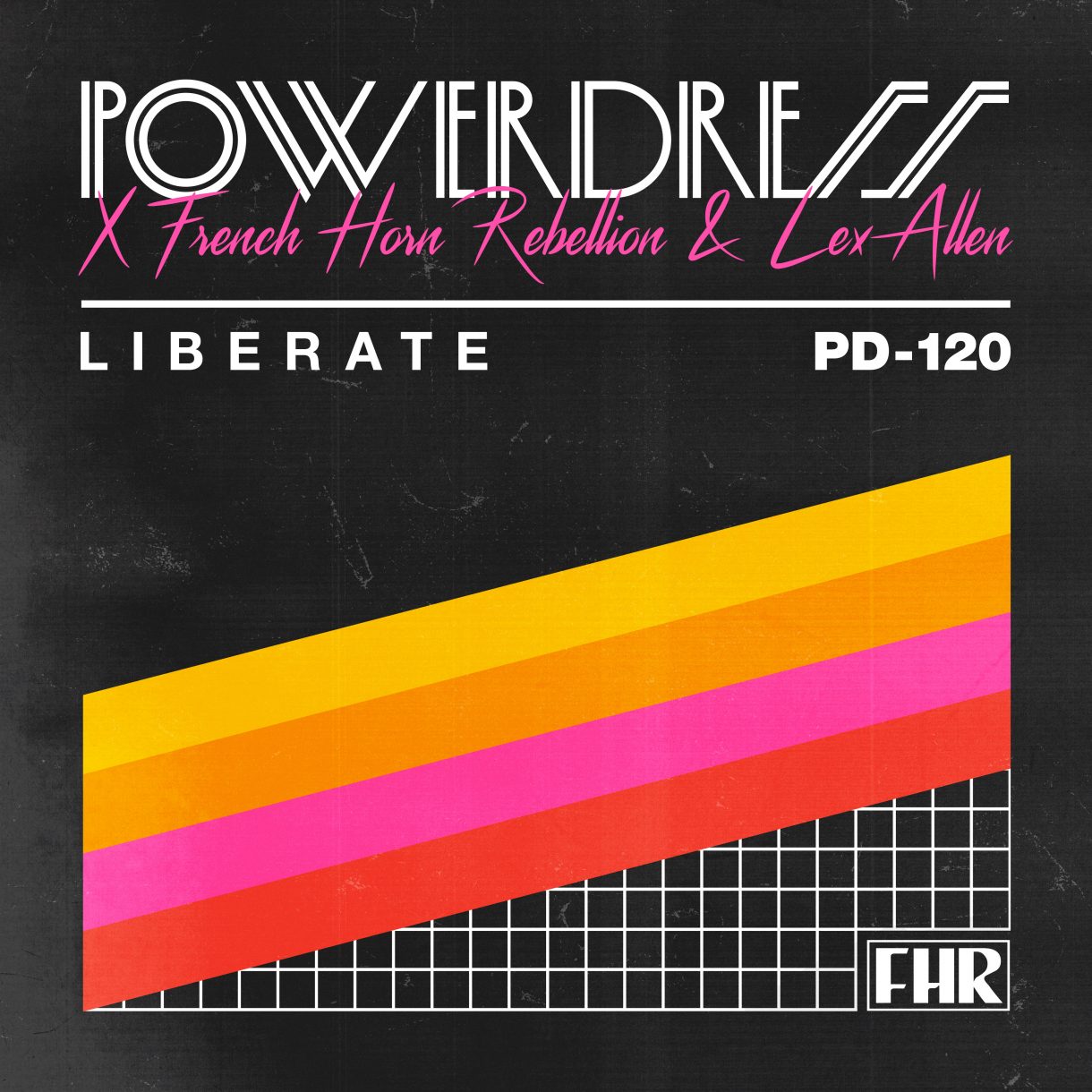