Since the release of Pure Garage in 2000, Pure are now firmly established as the No.1 urban dance music compilation pioneers. Pure has sold over 2 MILLION albums to a loyal, and growing listenership, that always trust Pure to curate the best albums around.

Now Pure finishes off 2017 in winning style, with the massively anticipated follow up to the first Pure Bassline album from earlier this year, which charted at No.5 in the Official UK Compilation Chart. Pure Bassline 2 is backed with a nationwide club tour, AND is mixed by the 4 biggest names in the Bassline scene. Original Bassline heroes: DJ Q, Jamie Duggan & the two hottest new names blowing up: Skepsis & Darkzy. With it’s original roots in the UK Midlands, and North, the Bassline sound has rapidly spread nationwide, and is now the UK’s hottest sound taking the club scene by storm. All 4 DJs on the album will also be appearing at the massive 7000 capacity New Years Eve event Bassfest in Sheffield.

DJ Q is at the forefront of the Bassline & UKG scene, as one of its leading DJ’s & producers with remix credits including from Dizzee Rascal, H20 ft. Platnum, Katy B, Rusko, Toddla T, and Boy Better Know. As well as extensively touring, DJ Q is also the ‘Q’ in the bassline supergroup TQD, who recently took over the Essential Mix on BBC Radio 1.

Jamie Duggan was resident of Sheffield’s infamous Niche club, and is synonymous with the Bassline scene. Jamie has over 650,000 sales under his belt, having previously mixed Ministry of Sound’s monster selling series The Sound of Bassline volumes 1 and 2. Jamie has also remixed some of music’s biggest names, including Rihanna, Skepta, Boy Better Know and Wiley.

South London based producer and DJ, Skepsis is well known to any fan of UK bass music. Coming to public attention with a series of heavyweight originals and remixes, and a regular on the bass club circuit, armed with tunes and mixing skills which never fail to cause carnage in any venue. Skepsis is truly cementing himself as one of the biggest young performers on the scene.

Hailing from Nottingham UK, Darkzy has developed his own unique sound, taking influences from the underground UK – Bassline, Drum and bass, Dubstep, UK garage and Grime. Exciting times ahead with new music and a rammed diary. Darkzy is fast developing a reputation as one of the UK’s brightest talents.

Pure Bassline 2 is the essential new 3CD + 60 track Bassline collection for 2018. DJ Q & Jamie Duggan get one disc each, whilst on CD3 Skepsis & Darkzy go back to back for their mix. The album is packed with white-hot exclusives, and Bassline remixes of names such as Rudimental, Stylo G ft. Chip, Ryan Blyth, FooR, alongside a ton of special VIP mixes made especially for the album. 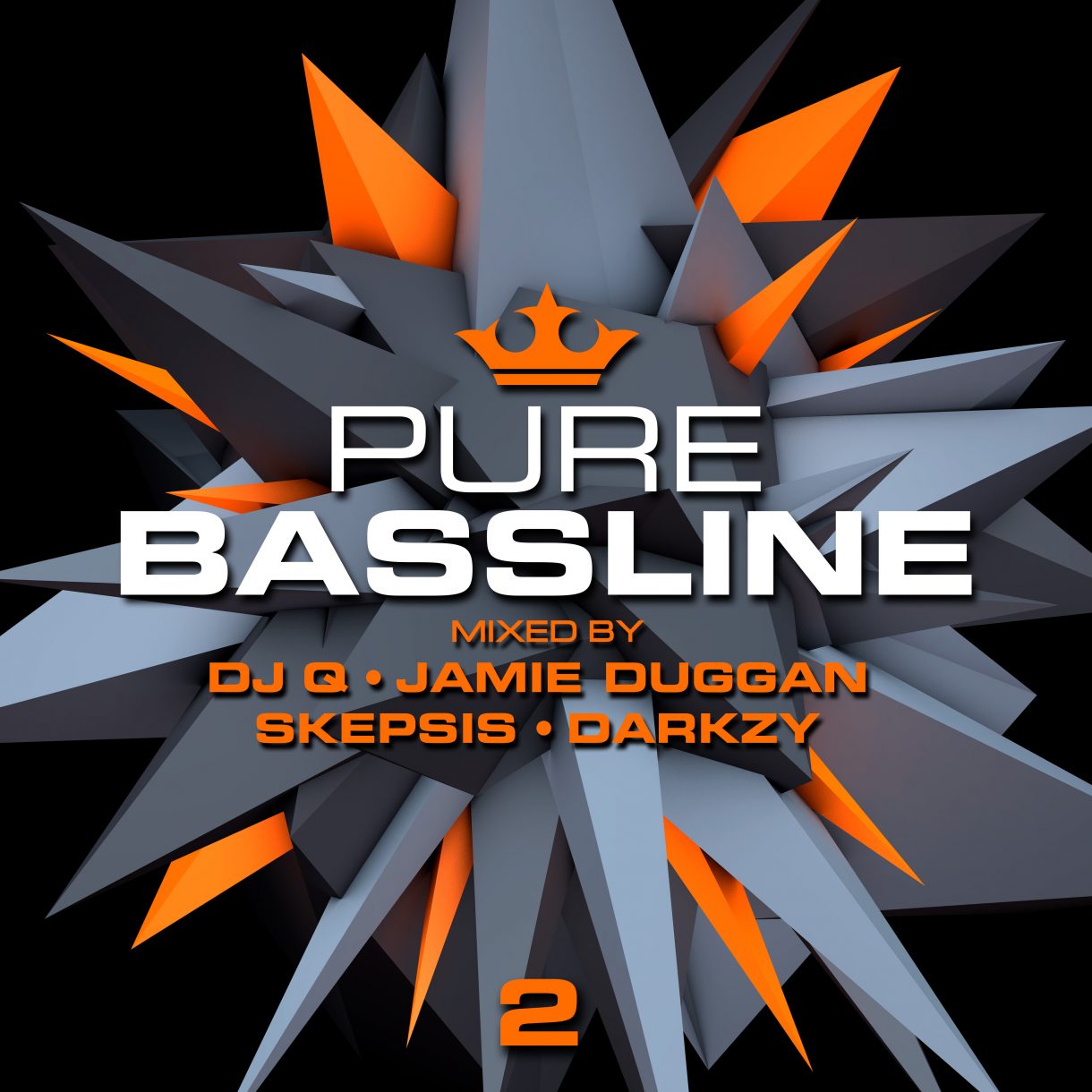