The original leaders of the acid house & rave scene; Paul Oakenfold, Nancy Noise and Colin Hudd combine with their seminal respective club brands Spectrum, Future and The Land of Oz on the new album Summer Of Love.

Summer Of Love is the definitive musical soundtrack to the summers of 1988 & 1989, that were the backdrop to both the birth of acid house and a new cultural movement that sent shockwaves through UK society and still resonates in 2018, the 30th Anniversary of the Summer Of Love.

Summer Of Love is a 3CD mix of the biggest acid house, rave and Balearic classics mixed by three of the genres most high profile and historically documented DJs.

Paul Oakenfold needs little introduction, he’s the man widely recognised as the discoverer & inventor of what we now know as Acid House, international megastar DJ, producer, remixer and film soundtrack composer. Nancy Noise is probably the first female DJ to really make a name for herself and break down the doors of the formerly boys only club of DJing with her own distinct sound.

Colin Hudd is the legendary London Soul, Funk and Boogie DJ who was one of the first DJs in the UK to start playing US ‘House’ music and influenced a raft of DJs thereafter.

Paul Oakenfold kicks it all off on CD1 bringing the sound of Spectrum, the infamous acid house club, mixing up classics from the likes of Frankie Knuckles, Marshall Jefferson, 808 State and Steve ‘Silk’ Hurley alongside more esoteric tracks form Sueno Latino, The Residents and even 80s socialite Mandy Smith.

CD2 presents legendary London DJ Colin Hudd with the sound of The Land Of Oz, an equally ecstatic blend of acid house & rave classics that takes in anthems from Quartz, Rhythim Is Rhythim, Bizarre Inc, Orbital, Joe Smooth and CeCe Rogers, with a healthy side of hip house from the Jungle Brothers, Fast Eddie and Jungle Crew.

Nancy Noise rounds off the album on CD3 with the sound of Future, best described as a cool & breezy Balearic mix that captures the essence of Ibiza, bottles it and brings it back to the UK 88 / 89 style… The mix includes sublime moments from The Cure, Art Of Noise, Shakatak, Men Without Hats, Yello and more eclectic cuts from It’s Immaterial, Thrashing Doves and Stretch.

We could end by saying what a historically important genre defining album this is but we’ll leave you instead with Summer Of Love, probably the best old skool rave and acid house album in the world, ever…

The album includes the no 1 from Steve ‘Silk’ Hurley (Jack Your Body), top 10s from 808 State (Pacific State), Men Without Hats (Safety Dance) & top 20s from it’s Immaterial, The Art of Noise, Bizzare Inc, Orbital, The Jungle Brothers, Stretch & Stacker Humanoid. Plus the credible underground club hits that made up the scene. 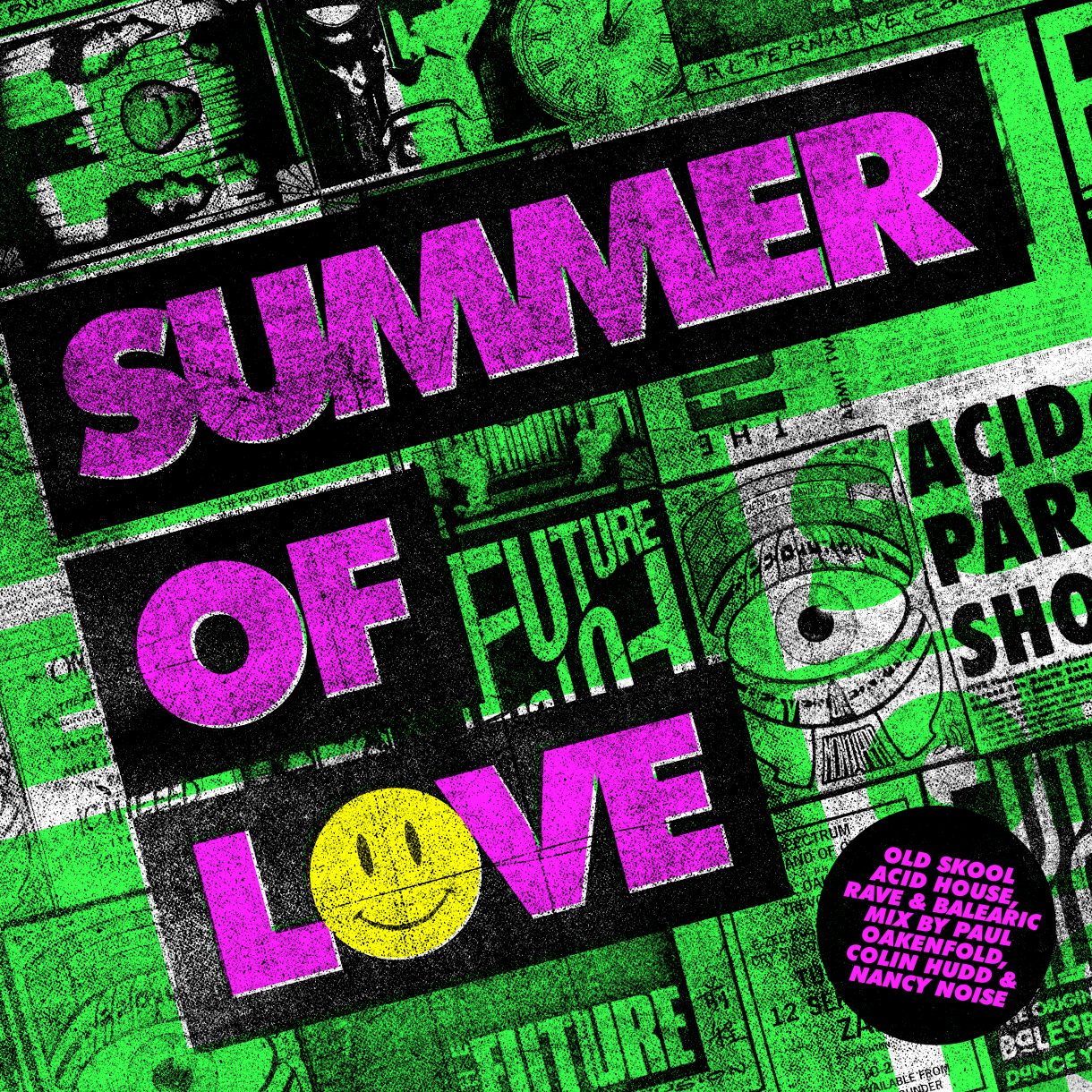