For the first time ever, The Beloved have digitally released all the singles and remixes from their album “Conscience”

Conscience was the band’s second album going straight in at #2 in the album chart in 1993. However, before today the singles & their remix packages have never been officially available on download and streaming services.

The eight single packages include UK and US mixes of their biggest hit, Sweet Harmony including a new edit for 2019 and all three mixes of the double A side track Motivation.

There are also six remixes of OuterSpace Girl; four of Celebrate Your Life and the five mixes from the DJ-only release 1000 Years From Today. The latter including one of the very first Todd Edwards remixes which became a much sought-after item as only 500
copies of the promo were pressed.

The Celebrate Your Life mixes include the C’Est La Vie mix which became their biggest club hit on both sides of the Atlantic. An anthem for Tony Humphries’ then residency at Ministry Of Sound. In NY it was a signature tune for Junior Vasquez at Sound Factory.

The vast majority of the mixes are the band’s own work. Their consistent desire to
rework and hone the club side of their music through their own releases and remixes for other artists. In their overview the remixes are of equal importance as the albums.

The UK promo-only 12” of Rock To The Rhythm of Love, included Johnny Vicious & Louie Balo, mixes. The US commercial release featured Murk mixes as well as the band’s own.
1000 Years From Today was a UK promo only 12” with reworks by 80º Proof, Adam & Eve, & Todd Edwards. You can now listen to all the tracks via any of the big streaming such as Spotify, Apple Music, Deezer, Amazon Music, Google Play & Tidal as well as download sites including iTunes, Traxsource and Beatport.

The Beloved are also taking part in Record Store Day 2019 by releasing a limited number of 12” vinyl featuring two unreleased tracks from the original line-line-up of Jon Marsh & Steve Waddington.The ‘Evil Mix’ of ‘Your Love Takes Me Higher’ and an instrumental Awoke, from the last recordings they made together. It will be available from all participating RSD stores from 13th April. 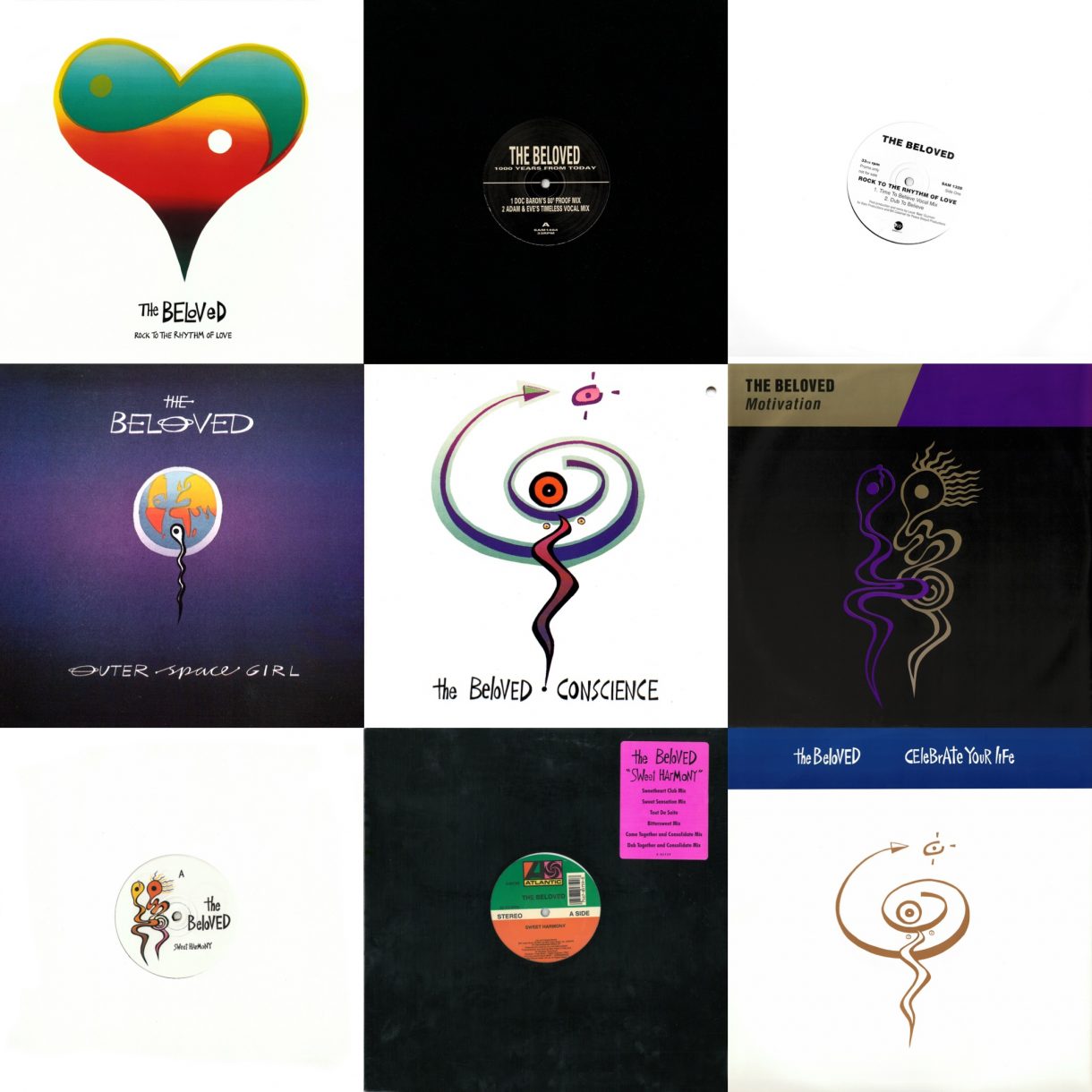