Them Ones – Good Vibes Only (VIP)

Them Ones are an exciting new trio featuring Eddie Craig, from the seminal UK Garage group Wideboys, responsible for the genre defining anthem Sambucca, and are now established as the UK’s no.1 remix team. More recently Eddie Craig’s Selekio project on Spinnin’ Records, has enjoyed radio support from MistaJam on Radio 1 Dance Anthems, and across Kiss FM.

Them Ones also features Daniel O’Reilly (aka Dapper Laughs), one of the biggest influencers in the UK, with 5 Million social media fans. O’Reilly’s compilation album Naughty Sesh – Weekend Anthems hit No.7 in Official UK Chart in 2018. And, his single Naughty Sesh with Majestic, went to No.6 in Capital FM’s Vodafone Big Top 40 Chart in 2017, and has amassed over 2.5 million Spotify plays so far.

Making up the trio is the multitalented artist Nathan Richards, also known as Like Son who burst onto the scene with his Danny Howard supported debut Freakin on BBC Radio 1, has over 1.3 Million Spotify plays. Like Son is set to return in September with his hotly anticipated third single on New State, You’ll Be There.

Them Ones recent debut single It’s A Madness, independently released via AWAL, picked up early support across Kiss FM and Kiss Fresh, and peaked at No.4 on iTunes UK Dance Chart, with well over 100,000 Spotify plays so far.

Them Ones have returned with massive follow up single Good Vibes Only, that fans of House and Garage will love. The following lyrics taken from Good Vibes Only: “Celebrate life together on a daily, Good Vibes only…” epitomise the positive philosophy, universal theme, and message behind the song.  All three Them Ones lads have their own, and shared experiences of the life’s many ups and downs. From issues with health, and mind. To family loss, and illness.

Them Ones wanted to create a song, based around the infectious positivity, that has guided them through the good times, and bad.  Encouraging themselves, and others, to seize the positive power of ‘good vibes only’, through music, dance, laughter, friends, and family. This is their key to unlocking happiness, and a healthier mind, body and soul.

Spreading awareness of mental health issues, and the power of positivity, is at the heart of Them Ones. Alongside, delivering unstoppable party bangers. And, smashing live events, as thousands of ravers at Indigo2, at London’s o2 can testify.

Them Ones are set to make a big impact, and quite possibly change the game in 2019. 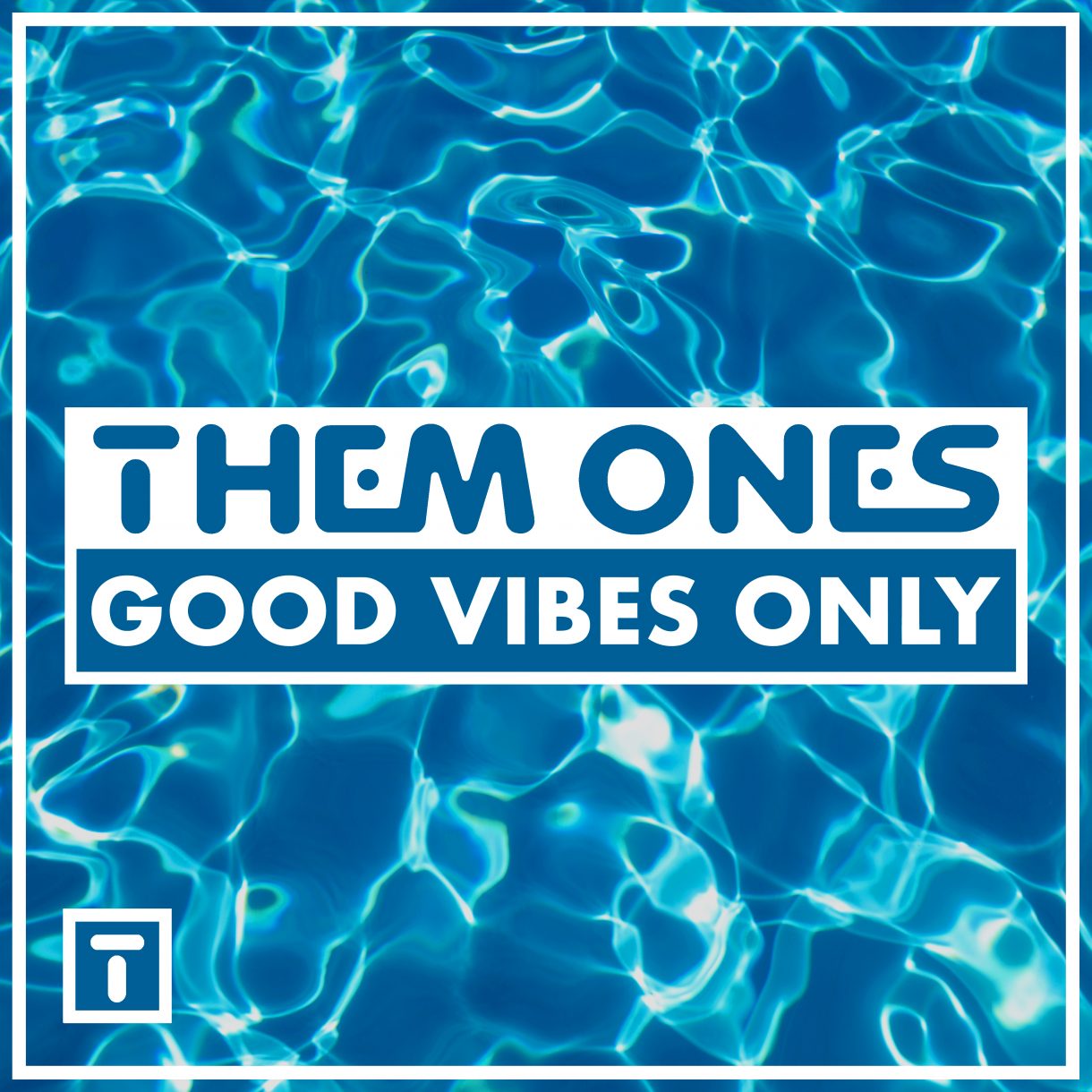