Internet sensation and famous clubber, Bradley Gunn Raver, who has made his life’s mission to dance is releasing his first track in collaboration with well-respected Techno producer, Phutek. Called ‘Love Life And Rave’ this is the first time he has swapped the dancefloor for making music.

Bradley wrote and performed all the lyrics on the track and the words are designed to be universally appealing to ravers. He approached this by verbalising his emotions and philosophy towards the connective power of music and the clubbing community.

Bradley, who has Asperger’s, is a famous face on the global clubbing scene known for his energetic dancing. He chooses to do sober and is always spotted wearing his distinctive BGR T-Shirts and red and blue rave goggles.

Crowned Mixmag’s ‘Raver of The Year’ he’s danced at most of the biggest music festivals and is often seen in pictures across the social media with DJ A-listers such as Carl Cox, Fatboy Slim, Seth Troxler, The Martinez Brothers & Joris Voorn, to name a few.

Bradley’s campaign for spreading love was featured in BBC THREE’s ‘Amazing Humans’ series and in May he delivered a Keynote at the International Music Summit in Ibiza where he explained how ‘Dancing gave him the confidence to socialise with people better’. More recently he was invited by BBC Radio 1 to take part in the ‘25 Years of the Essential Mix’ celebratory broadcast.

Bradley chose Phutek as his producing partner because he thought his music had the right level of energy needed to represent the message of ‘Love Life And Rave’ as well as relating to how Bradley felt about his energy when dancing.

For seven years Phutek’s tracks have been a big part of Techno don, Carl Cox’s soundtrack across the biggest events and festivals around the world, thus shaping Phutek as a producer who is now at the forefront of the ‘Big Room’ Techno sound. Inevitably this resulted in Phutek being signed to Carl Cox’s label, Intec Digital.

Phutek has 25 years’ experience as a DJ and producer and is currently one of the UK’s top Techno artists. His tracks are never far away from the playlists of Techno leading artists such as Adam Beyer, Joseph Capriati, Cristian Varela, Marco Carola and Ritchie Hawtin. Phutek’s releases not only appear on Carl Cox’s Intec Digital but also labels such as Respekt, Eclipse Recordings, IAMT, Yin Yang, Maelstrom and his own formidable label LAYER 909. He performs as a DJ internationally, most notably recently making a debut for Awakenings at their first ever UK event.

Love Life And Rave is out now 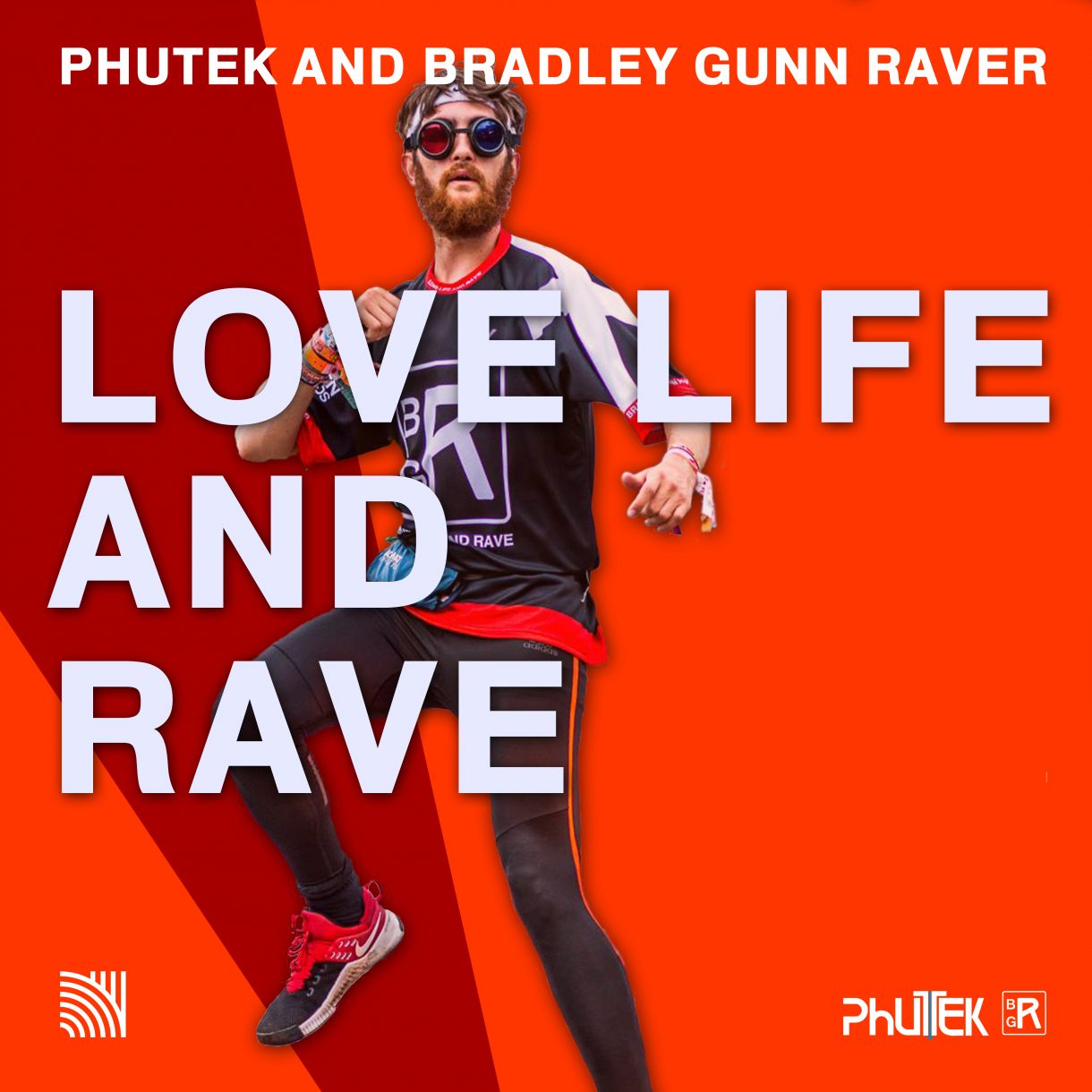